April 2016 - COLLINGWOOD SHIPYARD DID NOT ALWAYS HAVE CRANES  Read More

December 2016 - THE TRAGIC LAUNCHING OF THE TADOUSSAC  Read More

Born, raised and educated in Collingwood and at York University, a descendant of one of the town’s pioneer families, David Vuckson has lived in Victoria, B.C. since 1977.  His 5X great-grandfather Ferdinand Weber built pipe organs, harpsichords and pianos in Dublin, Ireland in the 1700’s and with an ear for music embedded in his DNA, music has been David’s life work as a piano player, organist, church musician, piano tuner and pipe organ tuner.  Other major passions are his wife Pamela, history, writing, and genealogy.  Semi-retired, David maintains a keen interest in his hometown and its past with his monthly Stories of Collingwood. 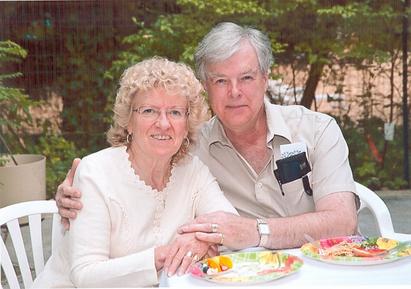 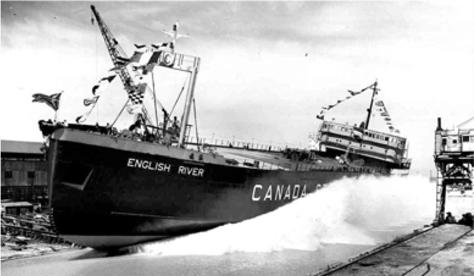 "A window on the past to enrich the future"

April 2021 - THE “BIG CANOE” WAS BUILT IN COLLINGWOOD  -- H. David Vuckson
Many people are familiar with the ferry M. S. Chi-Cheemaun which links the Bruce Peninsula with Manitoulin Island, carrying passengers and motor vehicles between southern and northern Ontario.  The name of the ship which means “Big Canoe” in Ojibway, was the winning entry in a naming contest.  Many people, myself included, entered the contest, the winning entry being submitted by the late Donald Keeshig.The Cheech as she is known to many, replaced three older, smaller ships that had served for many years on the run between Tobermory on Highway 6 at the top end of the Bruce Peninsula and South Bay Mouth on Manitoulin Island on Lake Huron/Georgian Bay... Read More

​April 2021 - THE “BIG CANOE” WAS BUILT IN COLLINGWOOD Read More

January 2017 - Stephen Leacock and the I.O.D.E. at the Grand Opera House  Read More

May 2017 - The Message of the Bluebird Staged Read More

July 2017 - Town Hall Monuments of the Past  Read More

January 2019 - FUEL FOR HEATING THROUGHOUT THE YEARS: FROM WOOD TO NUCLEAR ENERGY   Read More

May 2019 - VETERAN SHIPS OF THE TOBERMORY/MANITOULIN ISLAND RUN—WHERE ARE THEY NOW? Read more

April 2018 - SCHOOL SPIRIT AT C.C.I. (WITH APOLOGIES TO THE HAMLET OF BOGNOR) Read More

August 2018 - THE REMINISCENCES OF A GRAVE DIGGER Read More

May 2020 - A SHIPYARD LAYOFF AND A TABBY CAT Read More